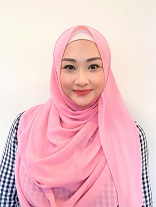 Yasmin Ally is a Librarian with the Open Science & Research Services team.

Yasmin joined National Library Board in 2005 as an Adults and Young People’s librarian, where she conceptualised and implemented projects, programmes and content for youths. Part of her job scope included maintaining the library’s collection, through collection development and facilitating book talks and outreach sessions within Tampines Regional Library and Woodlands Regional Library. Later, she became the Eastern Region Service Lead, where she enabled a team of Service Leads and librarians in the Eastern region of Singapore, in ensuring consistency in the service standards provided.

In 2015, Yasmin took on the role of a Branch Manager, where she oversaw the management of two libraries, with emphasis on collection, programmes and services within Toa Payoh Public Library and Serangoon Public Library. In 2016, she spearheaded Project OaSIS (Out of a Shell, Into the Shelves) team in implementing “counterless” services at Toa Payoh Public Library. The project won the Ministry of Communications and Information (MCI) Team Award in 2017 and paved the way for other libraries to implement the concept.

Yasmin spent her next four years in Toronto, Canada, where she took in the cold and the friendly-natured people of the North. Now that she is back in sunny Singapore, she joined the LKCMedicine Medical Library as a Medical Librarian, where she understudied Systematic Searches Services, and provided consultation services to researchers, PhD students and faculty. She is now with the NTU Library's Open Science and Research Services team as a Librarian.