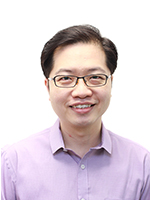 Wei Yeow joined NTU Library in 2007 as an Assistant Librarian working at the Bibliographic Services Division and was concurrently the Subject Librarian for Chinese Studies (Contemporary China). He moved to the Scholarly Communication Group in 2014 to join the newly formed Research Data Management Team. Following a reorganisation in Dec 2017, Wei Yeow joined the newly formed Spaces, Facilities and Programming Team under the Office of Information, Knowledge and Library Services (OIKLS) to manage the library's physical spaces, facilities, and event programming held in NTU's 7 libraries and their spaces. He took up an additional role in 2018 in the Finance Team to manage OIKLS’s finance.

When the Finance Team was restructured to include library endowment in October 2019, Wei Yeow took on an expanded new role in the Finance & Endowment Team.